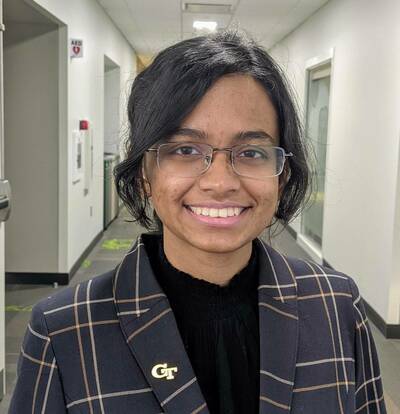 Abstract: We investigated the evolution of the delay for read to restore the memory window after write (i.e., read-after-write delay td) in both n- and p-type FEFETs with continued bipolar stress (voltage cycling).  Unlike their n-type counterparts, p-FEFETs demonstrate immediate read-after-write capability. However, in this work, we demonstrate that the read-after-write delay degrades with cycling in p-FEFETs, together with memory window collapse. To unravel the physical origin of td degradation, we conducted a set of control experiments such as studying the effects of employing thermal treatment on the cycled devices, removing the interfacial layer (IL) and changing the crystallization temperature of the ferroelectric layer. The observation made from these experiments strongly suggest that the memory window recovery after write is primarily caused by preexisting and stress-generated bulk neutral traps and closely related to time-dependent-dielectric breakdown (TDDB).

Bio: Nujhat received her B.S. degree in Electrical and Electronics Engineering from the Bangladesh University of Engineering and Technology in 2016. She joined Dr. Asif Khan’s lab at Georgia institute of technology in Fall 2017. Nujhat received the Colonel Oscar P. Cleaver Award from Georgia Tech ECE for being the topper in the Spring 2018 preliminary examination. Her research involves design and fabrication of Ferroelectric Field Effect Transistors (FEFETs) and performing systematic experimental investigation on these devices to understand the underlying device physics, necessary to optimize its design, especially as a non-volatile memory (NVM) element.

2776.071: Experimental Study of Defect Generation and Fundamental Limits of Endurance in Ferroelectric and Antiferroelectric H2O

This meeting is only available to the JUMP research community, such as Principal Investigators, Postdoc researchers, Students, and Industry/Government liaisons.