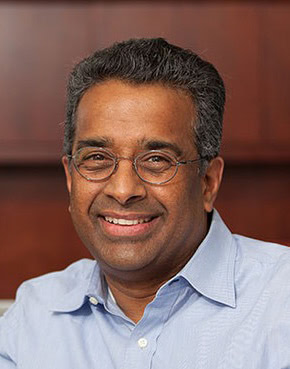 Abstract: Complex perovskite oxides exhibit a rich spectrum of functional responses, including magnetism, ferroelectricity, highly correlated electron behavior, superconductivity, etc.   The basic materials physics of such materials provide the ideal playground for interdisciplinary scientific exploration with an eye towards real applications.  Over the past decade the oxide community has been exploring the science of such materials as crystals and in thin film form by creating epitaxial heterostructures and nanostructures.  Among the large number of materials systems, there exists a small set of materials which exhibit multiple order parameters; these are known as multiferroics, particularly, the coexistence of ferroelectricity and some form of ordered magnetism (typically antiferromagnetism). The scientific community has been able to demonstrate electric field control of both antiferromagnetism and ferromagnetism at room temperature. In parallel, there are some very intriguing new developments in SOT based manipulation of magnets. Particularly, the role of epitaxy and electronically perfect interfaces has been shown to significantly impact the spin-to-charge conversion (or vice versa). Under funding from the SRC-DARPA-JUMP funded ASCENT Center, current work is focused on ultralow energy (1 attoJoule/operation) electric field manipulation of magnetism with both voltage and current, as the backbone for the next generation of ultralow power electronics. In Theme 2, we are exploring many pathways to get to this goal. In this talk, I will describe our progress to date on this exciting possibility.  The talk will conclude with a summary of where the future research is going.

This meeting is only available to the JUMP research community, such as Principal Investigators, Postdoc researchers, Students, and Industry/Government liaisons.